Looking for the full video of this class? Login or join one of our premium subscriptions to get the entire class and the 400+ additional classes!

Melinda Doolittle is a soul–stirring songstress. She is a flawless vocalist with irresistible artistry and effortless style compelling her audiences to keep listening. Melinda graduated with a Bachelors in Music from Belmont University in Nashville, TN. She became a highly sought after background vocalist singing for musical icons including Michael McDonald, Aretha Franklin, BeBe and CeCe Winans, Aaron Neville and Jonny Lang. Doolittle became a household name during season six of American Idol in 2007. She came in third in the voting, first with Simon Cowell calling her his “personal favorite” and quickly became the sweetheart of American Idol winning over the hearts of all with her stunning powerhouse vocals and her personal charm. 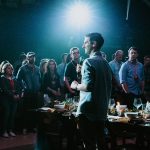 The Picture of Influence: Who’s at your table? 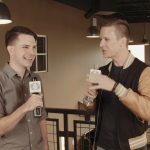